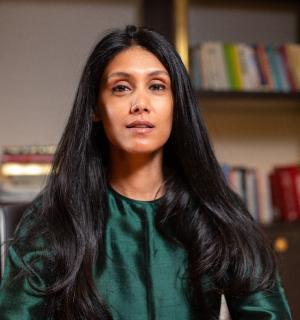 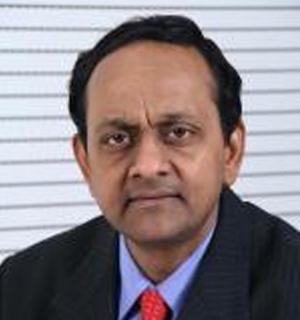 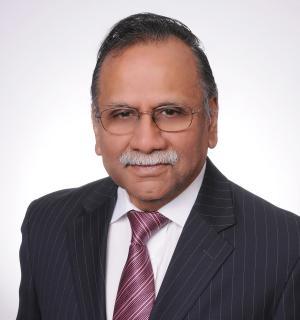 Roshni Nadar Malhotra is the CEO of the $11.8 billion HCL Corporation and is responsible for providing strategic guidance to the organization. She is also the Chairperson of HCLTech, a leading global technology organization with a market capitalization of $40 billion, and the Chairperson of its CSR Board Committee.

Roshni is a Trustee of the Shiv Nadar Foundation. Since its inception, the Shiv Nadar Foundation has invested $1.1 billion in nation building institutions and driving transformational leadership. Roshni is also the Chairperson and driving force behind VidyaGyan, a leadership academy for the economically underprivileged, meritorious, rural students of Uttar Pradesh, and has been working towards nurturing future leaders from rural India who can be catalysts of change for their communities, villages and the nation at large.

Passionate about wildlife and conservation, Roshni established The Habitats Trust in 2018. The Foundation aims to work towards protecting India’s natural habitats and its indigenous species with the core mission of creating and conserving sustainable ecosystems through strategic partnerships and collaborations with all stakeholders, at every level.

In recognition of her outstanding work both in business and in philanthropy, Roshni has received several honors and accolades. Some of these include being featured for the fifth consecutive year in ‘The World's 100 Most Powerful Women’ list, compiled and released by Forbes in 2021. In 2020, Forbes also featured her among the ‘25 Most Powerful Businesswomen in Asia’. Roshni was conferred with Lewis Institute Community Changemaker Award by Babson College in 2017 and was recognized by Horasis, an internationally renowned think tank, as the ‘Indian Business Leader of the Year 2019. She is an alumnus of the Forum of Young Global Leaders (YGL, 2014-19), a unique and diverse community of the world’s most outstanding, next-generation leaders, an initiative of the World Economic Forum.

In 2018, Roshni produced a children’s film, ‘Halkaa’, Directed by the National Awardee Nila Madhab Panda. The movie is based on the unique journey of a slum child battling the issue of open defecation. Since 2019, she has also been producing a TV series for the Animal Planet/Discovery based on the most endangered species in India - ‘On The Brink’.

Roshni holds an undergraduate degree in Communications from Northwestern University and a MBA from the Kellogg School of Management. At Kellogg, she was awarded the Dean’s Distinguished Service Award.

Roshni is married to Shikhar Malhotra and they have two sons.

Mr. S. Madhavan is a fellow member of the Institute of Chartered Accountants of India and holds a Post Graduate Diploma in Business Management from the Indian Institute of Management, Ahmedabad. He was a Senior Partner and Executive Director at PricewaterhouseCoopers for many years. He held several positions at PwC, ranging from indirect taxes to client delivery and leadership development.

He started his career with Hindustan Unilever Limited, India’s largest multinational, where he spent several years in the 1980s. He is currently the Co-Chairman of the GST Task Force in FICCI, has been the past President, Northern Region, Indo American Chamber of Commerce, and the past Co-Chairman of the Taxation Committee, ASSOCHAM.

Dr. Mohan Chellappa is currently the President, Global Ventures, of Johns Hopkins Medicine International (JHMI). A founding member of JHMI, he is involved in the development of international clinical consultancy activities and clinical care programs, implementation of quality systems, and utilization of IT in healthcare.

Dr. Chellappa has been instrumental in securing and establishing several engagements of Johns Hopkins Medicine globally, including the establishment of Johns Hopkins Aramco Healthcare, a joint venture with Aramco, the world’s largest energy company.

He also serves on the boards of HCL Healthcare and Johns Hopkins Aramco Healthcare. He has a special interest in the effectiveness of corporate boards and completed a program in that area at the Harvard Business School.

A surgeon by profession, Dr. Chellappa is a Fellow of the Royal College of Surgeons of Edinburgh, and a Fellow of the American College of Surgeons. He holds a business degree and has wide surgical experience, having worked in countries such as India, Malaysia, Singapore, the UK, and the USA. He underwent special training in Surgical Gastroenterology at the University of Leeds and Hammersmith Hospital in 1982, and in liver and kidney transplantation at the University of Louvain in Brussels in 1986.

He is an avid follower of technology and has been a part of the Artificial Intelligence Consortium for Healthcare in the Gulf Council.

Dr. Nidhi Pundhir is an international humanitarian services and socio-economic-environmental development specialist. She leads the  global CSR agenda for HCLTech and heads HCL Foundation, which is the CSR arm of HCLTech, in India.

Dr. Pundhir has strategized as well as executed impactful programmatic frameworks that are aligned to the global Sustainable Development Goals, for the most disadvantaged and isolated communities, including environmental targets. She has a deep understanding of poverty issues and delivers realistic approaches towards poverty alleviation. In her current role, Nidhi has envisioned HCLTech’s flagship Global CSR Policy which pioneers around 10 commandments of CSR. She has built the HCL Foundation’s vision, mission, and strategy to the next level, ensuring high quality programme delivery, that brings about meaningful difference on ground.

With more than 25 years of experience in actualizing Human Rights and Environmental action at national and international levels, some of the key portfolios she has held were with SOS Children’s Villages as Director Programme Development, Asia, and at Plan International’s International Headquarters as Global Advisor on Child Protection in Development.

Dr. Pundhir holds a doctorate in Public Health Management, with her thesis on “Right to Health During First 1000 Days of Life for Children Living in Slums”, from IIHMR University, Jaipur and M.Phil. in Health Systems Management from BITS, Pilani, India.

In her pursuit and passion towards social development, Nidhi has travelled to almost 40 countries and most of her home country, India. She is a big fan of culture and classical arts, and holds an equivalent bachelor’s degree in Indian classical dance – Kathak, from Gandharv Mahavidyalaya.

She lives in NOIDA, India, with her two sons and husband.

Alok Varma is the Director of HCL Samuday & Clean NOIDA. Having played a key role in the conceptualization and creation of Samuday, he oversees the strategy and management of the program. Alok started his career as a civil servant in the state of Uttar Pradesh and holds a post-graduate diploma in Management from IIM, Lucknow. He has also worked as a consultant on various infrastructure and development projects for several state and international governments and institutions.

Simi Suri is the founding member of HCL Foundation. She has played a key role in setting up the CSR initiatives of HCL and is currently spearheading Power of One, the corporate volunteering and payroll giving program at HCL which has enabled over 40,000 employees to engage in humanitarian and development activities. Simi has over 15 years of experience in the development sector through her stint in the NASSCOM, UNICEF and now, in HCL. She is involved extensively in administration and financial management, strategic planning, capacity building and partnership development. Her key strength is her ability to enable and motivate people to bring out the best in them.

Dr. Santanu Basu has over 15 years of experience across a broad range of climate change mitigation efforts involving Natural Resource Management, forestry and biodiversity conservation & management using various GIS and Remote sensing tools and techniques. Over the years, he has executed projects related to forest carbon inventory, forest monitoring system, REDD+ project development, community based forest management and ground based sampling. Along with forestry, he has also been associated with biodiversity conservation and management projects. Santanu has also worked for identification and monitoring of forest connectivity and corridors, for flagship species such as tigers and elephants in various states of India. He has led and supervised teams for conducting tasks such as forest carbon inventory, biodiversity monitoring & management and RS & GIS analysis to ascertain carbon stock estimation and mapping, forest cover assessment, monitoring and evaluation of forest quality, assessment of land cover vulnerability to deforestation and forest degradation and maintaining non-spatial database for project planning, implementation and monitoring.